“Better safe than sorry” is often overused, but in the world of aviation and oil-and-gas exploration, as much as anywhere, that motto be the difference between life and death.

That may sound overly dramatic, but the reality is both industries are incredibly dangerous if not operated in a safe and secure environment.

Along those lines, the National Academies of Sciences, Engineering and Medicine recognize this reality and is betting that proven successes in one of those industries – aviation – can be applied to the other, specifically on offshore drilling rigs in the Gulf of Mexico.

That is where University of North Dakota comes in because it has expertise in both disciplines.

Knowing that, the Academies awarded Daniel “Kwasi” Adjekum, an assistant professor of aviation in the UND John D. Odegard School of Aerospace Sciences, $755,000 to support research as part of a larger $7.25-million Gulf research program. The initiative aims to develop an improved culture of safety in the oil and gas industry.

Adjekum, an internationally respected aerospace researcher, is qualified to transfer knowledge and skills from the aviation domain to oil and gas work. He has published extensively on safety culture in aviation and is a highly sought source regarding issues in aviation safety for major media networks.

With UND Continental Resources Distinguished Professor of Petroleum Engineering Vamegh Rasouli as a co-principal investigator, the UND research team represents a strong interdisciplinary partnership between aerospace and engineering. The study will also be conducted in collaboration with the U.S. Coast Guard. 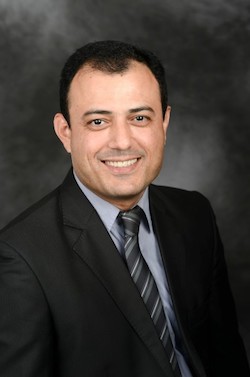 “Borrowing the ideas from the aviation industry, where the safety measures are of the highest standards, and considering their applications in oil and gas, is the unique nature of this study,” Rasouli said. “We believe it is one of the first of such studies worldwide.”

Oil and gas production in deepwater are inherently hazardous activities that can fail in complex, catastrophic ways, according to the Academies. It points to the tragic “Deepwater Horizon” explosion in the Gulf of Mexico and the 87-day oil spill that ensued 10 years ago. While many factors led to the disaster, several reports issued, in the aftermath, emphasized the need for improved safety culture within the offshore oil and gas industry.

UND’s Adjekum has more than 22 years of experience in aviation and occupational health safety, including service as head of safety in the Ghanaian Air Force and a certifying expert for occupational health and safety professionals in the United States and around the world. His research in the Gulf of Mexico will require an understanding of aerospace, mining, oil and gas, construction and maritime operations to determine what best practices oil and gas can adapt from other high-risk industries.

“It has generally been accepted that high risk is inherent in most high-reliability organizations, and the management patterns to ensure an acceptable level of safety have similar underlying principles,” Adjekum said. 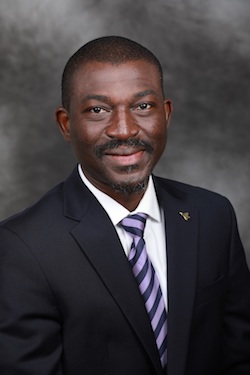 In essence, Adjekum’s objective is apply tenets of the Aviation Safety Action Program (ASAP) — a widely accepted safety reporting system — to the oil and gas industry. In the process, he will assess the opinions of more than 1,500 industry experts and personnel through focus groups, interviews and surveys. The proposed system is called the Offshore Safety Action Program or “OSAP.”

Since 2002, ASAP has been among the most successful safety programs in the aviation industry, Adjekum said. ASAP encourages air carriers and repair station employees to voluntarily report errors that may be critical to identifying potential precursors to accidents.

“Under ASAP, safety issues are resolved through non-punitive corrective action, rather than through punishment or discipline,” Adjekum said. “It provides unique enforcement-related incentives and other provisions to employees who submit ‘near-miss’ or potential violation reports.”

“In this industry, safety is the first thing that all companies are concerned about,” he said. “Any incident that happens, due to safety oversights, can cause significant damage to the reputations of operators, which directly impacts their businesses and revenues long term.