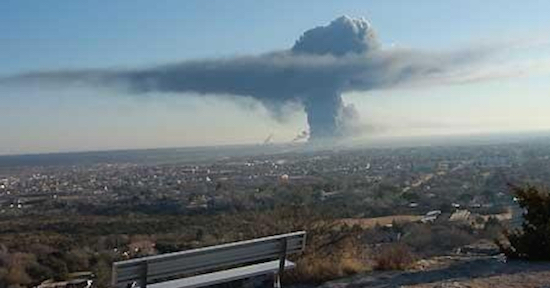 The explosion at West Fertilizer in West, TX, is one of the case histories the CSB pointed out that killed twelve first responders and three members of the public and caused 260 other injuries. The report detailed human and financial tolls these incidents had on the company and the surrounding communities.

A safety incident not only risk the health and safety for workers and residents nearby a facility, it also could fatally injure a business.

That is where the Chemical Safety Board’s “Business Case for Safety” details how safety is good for business and ultimately a company’s bottom line. The report summarizes four major accident investigations.

Each of the four CSB accident investigation details human and financial tolls these incidents had on the company and the surrounding communities.

The CSB’s “Business Case for Safety” emphasizes based on its more than 130 incidents it is clear that hundreds of billions of dollars have been spent as a result of chemical disasters in the United States. To ensure the safety of all Americans, it is critical chemical safety lessons end up learned and shared among stakeholders and across industries to prevent accidents.

The CSB said strong safety programs are critical for the economic success of the chemical and petrochemical industries.

The CSB’s continued collaboration with industry, regulators, standards setting bodies and other professional organizations proves the CSB has a vital role in driving critical chemical safety change in the United States.