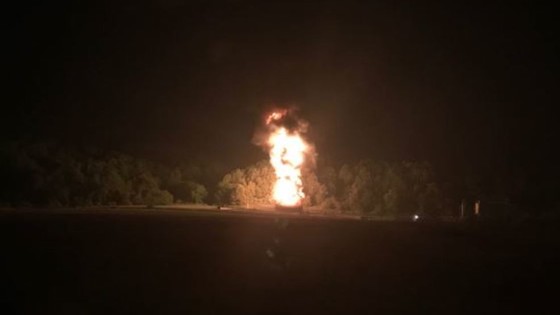 The blaze ended up extinguished around 5 a.m. Sunday after all-night efforts by local fire departments and state agencies, said officials at the West Virginia Division of Homeland Security and Emergency Management.

As a result of the fire, the Ben’s Run area was evacuated and Route 2 was shut down in the area.

The tank is owned by Dominion Resources and is near the town of Friendly in Tyler County.

Working with the West Virginia Department of Environmental Protection, the local agencies assured the safety of the residents of Tyler County, said DHSEM Director Michael Todorovich.

No injuries were reported and Dominion Energy says there was no threat to public safety.