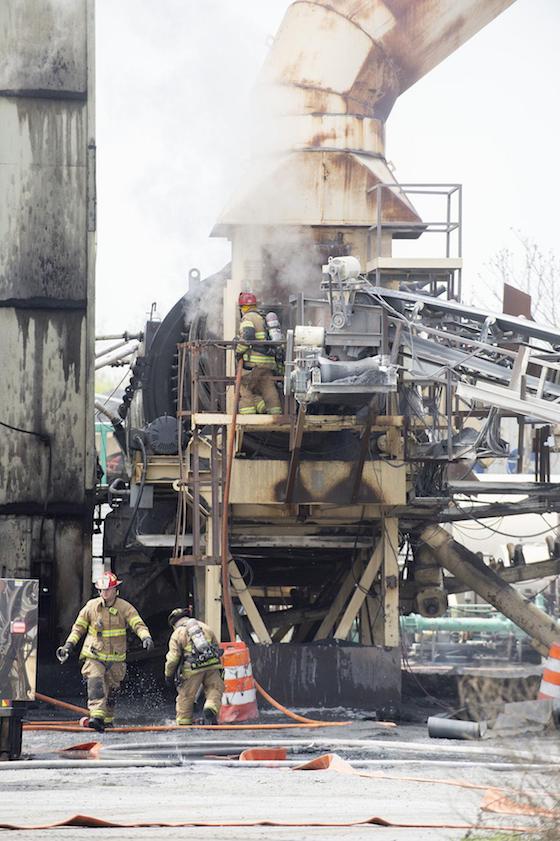 A large piece of machinery and two trucks caught fire at the Frederick Asphalt plant on Buckeystown Pike. Firefighters took about 30 minutes to bring the blaze under control.
Source: Frederick News-Post

There were no injuries after a large piece of machinery and two trucks caught fire at Frederick Asphalt in Frederick, MD, Thursday.

Firefighters go the call at 12:05 p.m. for units to respond to the plant in the 4000 block of Buckeystown Pike, in Frederick, MD, said Tom Coe, emergency services deputy chief at the Frederick County Division of Fire and Rescue Services.

Thirteen units responded and brought the fire under control within 22 minutes, he said.

The cause and extent of the damage is still being determined, but he said an asphalt processing machine caught fire, which then extended to a dump truck.

“The company is still assessing the value of the damage,” he said.

The fire is under investigation, but Coe said it was determined to be accidental.