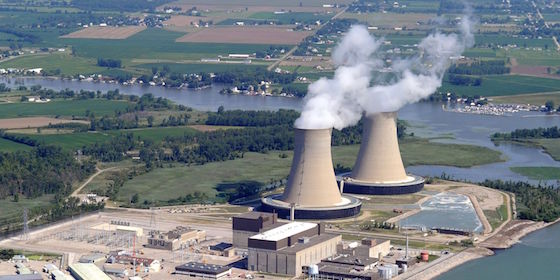 The award is given out by the Michigan Occupational Safety and Health Administration (MIOSHA), which recognizes workplace safety and health, which Fermi demonstrated through daily communication meetings among station leaders to discuss potential risks, challenges and priorities, and in-depth discussions of new industrial safety events meant to address any issues.

“The safety-focused culture at Fermi 2 exemplifies the best of the best in employee involvement toward workplace safety and health,” MIOSHA Director Bart Pickelman said. “We applaud the company’s stellar achievement where safe and healthy facility operations result in fewer injuries and illnesses for employees.”

Since 1996, only 25 companies have reached Star status through the MVPP, so the 850-worker nuclear plant can now count itself among an exclusive club. It’s not the first time Fermi has received the award, though it was first given Star approval in 2004. The plant has been in operation since 1988 and today provides 30 percent of Michigan’s total nuclear generation capacity

“We at Fermi 2 are proud to be recognized as an MVPP Star workplace,” said Victor Lynch, Safety & Human Performance Program Manager at Fermi 2, said. “We are thankful for our long-standing relationship with MIOSHA and believe this shows our commitment to safety. In the words of our site motto, we are excited to continue our journey toward excellence ‘Proud, but never satisfied.’”