No Injuries in Commercial Building Blaze 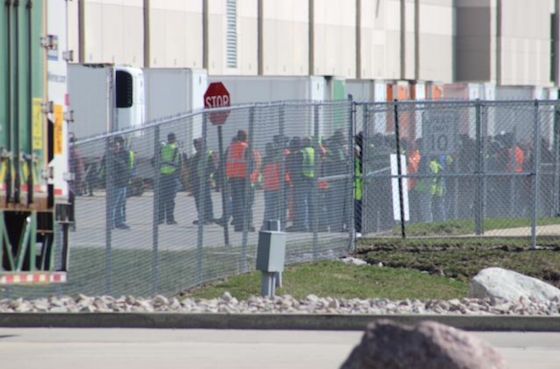 Workers evacuate an Edwardsville, IL, commercial building after a fire broke out.

The Edwardsville Fire Department spent five hours attacking a fire and its aftermath at a redistribution center Wednesday afternoon.

The fire department is notified when the sprinklers spring into action. Welle said that alarm was followed by a 911 call from within the building alerting his department to an active fire.

When firefighters arrived at the scene, Welle said they found several pallets of feminine hygiene products aflame. Mutual aid on the scene was provided by both the Wood River and Glen Carbon Fire Departments, and the Glen Carbon and Collinsville Fire Departments had EMS to back-fill the Edwardsville station.

No injuries were reported in the incident, Welle said. The cause of that fire is still under investigation. Welle said he could not estimate the amount of product lost to the blaze, but said his department worked with workers within the building, using forklifts and skid-steers to take the product outside for ventilation.

The fire department is working with the company itself to determine exact losses.