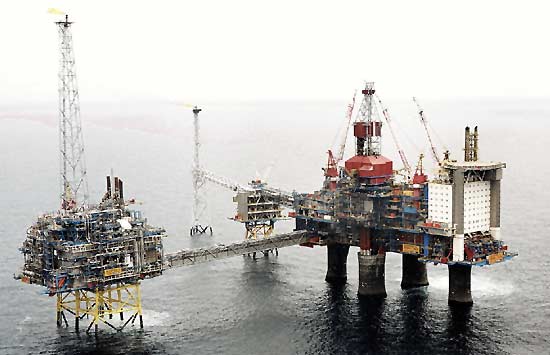 That occurred last week when a gas detector was reportedly triggered on Statoil’s Sleipner A platform off Norway.

The incident occurred around 5:30 p.m. local time last Tuesday when the detector in a turbine room ended up activated during testing of compressors on the North Sea facility, regional publication Stavanger Aftenblad reported.

As a result, personnel mustered to lifeboats in line with routine emergency procedures but were able to return to work after about 30 minutes as the situation ended up normalized.

The compressors shut down and the system was depressurized, said a Statoil spokeswoman. “We must always take every sign of gas detection seriously,” she said in a published report.

The detector had recently undergone maintenance, according to the report.

She said the Petroleum Safety Authority (PSA) had been notified about the incident, which comes in the wake of a series of safety scares at Statoil’s offshore and onshore facilities in Norway over the past six months.

Those incidents included a near-blowout on the rig Songa Endurance while working at the Troll field last year, which a probe found could have resulted in a serious fatal accident under slightly changed circumstances, and a more recent gas leak last month at the Aasgard field.

As a result, Statoil has been under scrutiny by the PSA to determine whether the incidents are related to cost-cutting on platform maintenance and other areas.