The downgrade was the result of a performance review last month because PPL had to manually shut down the reactor in January and March due to steam leaks, which came on the heels of a July 2010 flooding incident that required a manual shutdown, said Nuclear Regulatory Commission (NRC) spokesman Neil Sheehan.

Sheehan said the downgrade means PPL’s Susquehanna Steam Electric Station will now be subject to “additional scrutiny” by the NRC. The scrutiny, he said, amounts to an additional inspection this year by a larger NRC inspection team.

“We have to be satisfied that they addressed the problems sufficiently. If we find they did not, we would schedule additional inspections,” Sheehan said.

PPL Susquehanna spokesman Joe Scopelliti said plant officials put together a special team to take “an in-depth look” at the problems, ensuring plant operators understand what caused the problems and “make sure we’re addressing the issues properly and have a plan in place so we don’t have any issues going forward.”

Sheehan in November predicted the decreased rating when the NRC released a report finding that maintenance procedures at the plant contained inadequate installation instructions for a condenser waterbox gasket, which led to the July 2010 flooding. 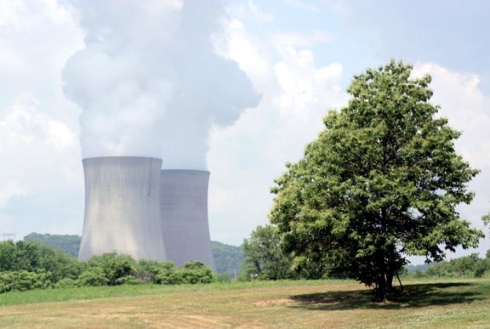 The NRC had also found the response of operators to the event was complicated and delayed because of an incorrect diagram operators used to identify and isolate the leak and a lack of specific instructions on how to isolate a leak associated with condenser waterboxes.

The NRC has a five-tier rating system for the 104 reactors operating in the United States. Reactor Unit 1 at PPL’s plant is in the “Degraded Cornerstone Column” – the third tier of the “Action Matrix” the NRC uses in its Reactor Oversight Process.

The process uses seven “cornerstones” to describe the essential features of reactor safety, radiation protection and security. Performance in these cornerstones comes from assessments by the reactor owners and findings during NRC inspections.