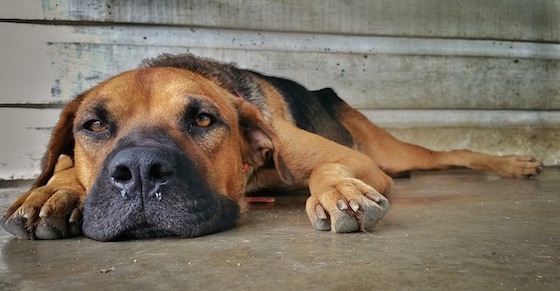 Old Rex may soon have some competition as researchers are closer to copying a dog’s keen sense of smell.

Everyone knows dogs have a better sense of smell than humans, and for years, researchers have been trying to develop an artificial detector that is just as good as a canine’s nose.

That may now be coming to fruition as researchers in China are developing a sensor that uses graphene-based nanoscrolls that can come close to mimicking a dog’s olfactory system.

The inside of a dog’s nose is lined with millions of tiny capillaries, which creates a super-sensitive sense of smell. Since the capillaries cover such a large surface area, they can detect odors at extremely low concentrations.

Drawing inspiration from the capillary structure in the dog nose, scientists have been trying to mimic it to create a sensitive gas detector.

Previous studies have had some success in using graphene-based nanoscrolls (GNS), which are nanosheets of graphene rolled up in continuous and uniform manner. These nanoscrolls have a large surface area, are stable at high temperatures, and are strong and durable. But they are also difficult to manufacture, consume a lot of energy and difficult to scale up.

And past studies have used raw graphene or modified graphene that either left behind some unrolled structures, or shriveled up and aggregated, respectively. So, Yao Wang and Lei Jiang of Beihang University and Guofu Zhou of South China Normal University and colleagues wanted to modify the graphene with a polymer to make high-quality nanoscrolls.

The group prepared graphene-based nanoscrolls with the addition of poly(sodium-p-stryrenesulfonate) using the freeze-drying method to create uniform, unaggregated structures.

Upon examination, the nanoscrolls had a wide, tubular shape, and almost all of the graphene was rolled up. The researchers then incorporated the nanoscrolls into a gas sensor, which was highly selective and sensitive. Lastly, the team said this method has the potential for large-scale production.