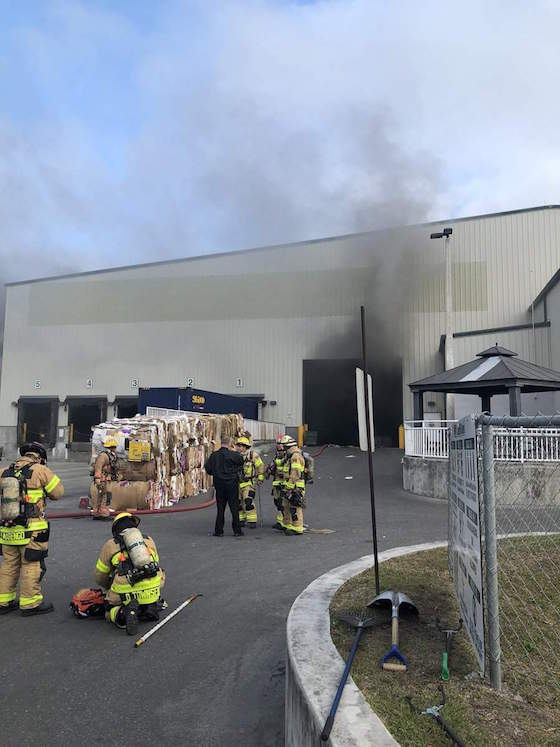 About 25 Tampa firefighters battled a large fire Monday that sparked about 9 a.m. inside the Waste Management Transfer Station at the corner of 34th Street and Fourth Avenue in Ybor City.
Photo by Tampa Fire Rescue

Crews responded to the warehouse at the corner of 34th Street and Fourth Avenue about 9 a.m. Workers at the facility sort materials collected by the City of Tampa’s weekly curbside recycling collection, and told investigators the fire began in a container full of compressed newspaper, said Tampa Fire Rescue spokesman Jason Penny.

The fire spread to several other containers of recyclable materials, but none containing dangerous substances, Penny said. It took about 45 minutes for 25 firefighters to contain the blaze to only a few containers inside the building.

“Basically, it’s a giant warehouse with a campfire in it,” Penny said.

No one was injured in the blaze, which triggered the fire alarm and sprinklers correctly installed throughout the warehouse, he said.

The cause of the fire remains under investigation.