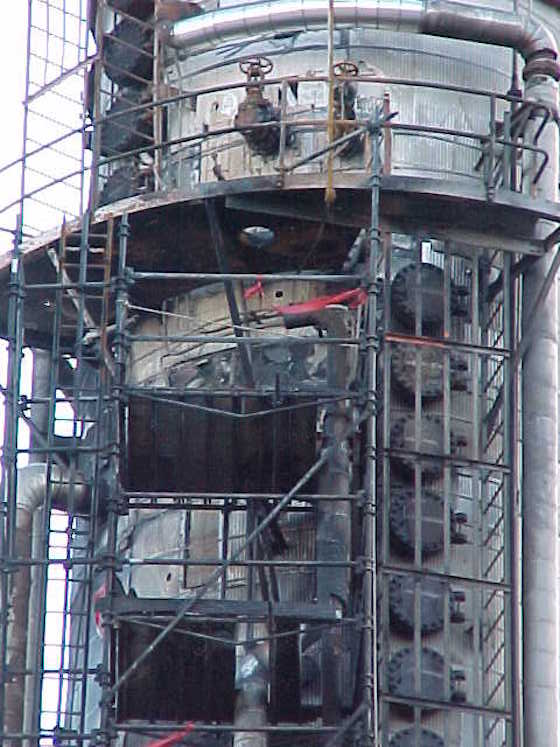 The Tosco Avon Refinery fire back in 1999 would not have occurred had the facility carried out a solid preventive maintenance program.

The Tosco Avon Refinery fire back in 1999 would not have occurred had the facility carried out preventive maintenance to ensure the integrity of its piping, according to a safety digest bulletin from the Chemical Safety Board (CSB).

Knowing that, it goes to show non-existent, or poor, preventive maintenance programs are a recurring root cause in CSB investigations.

In each case, the CSB finds a robust preventive maintenance program would have: Identified compromised equipment, which would allow the owner/operator to repair, replace, or otherwise address the issue and avert an incident.

Inadequate mechanical integrity programs, delayed or deferred maintenance, and aging infrastructure have all contributed to these incidents.

The CSB has therefore formally identified “Preventive Maintenance” as a Driver of Critical Chemical Safety Change.

On February 23, 1999, four workers died in a fire at Tosco Corporation’s Avon refinery in Martinez, California. The workers were in the process of replacing corroded pipes at one of the refinery’s oil fractionators, a 150-foot distillation column designed to heat and separate components of crude oil. While the work was ongoing, the fractionator remained in operation. Early in the morning, workers began cutting pipes and removed an 8-foot section of piping approximately 100 feet up the tower, near where the piping joined the fractionator. The piping remained partially open at the point of the first cut, and faced the fractionator.

When a second cut was made in the piping 26 feet below the first, flammable naphtha began to leak from the line. Workers re-sealed the pipe at the second cut and broke for lunch.

After lunch, workers attempted to drain the naphtha out of the line by opening a pipe flange 38 feet up, and directing the leaking naphtha into a vacuum truck using makeshift plastic sheeting and a bucket. The naphtha piping was being pressurized from the running process unit because of a severe leak through a badly corroded valve.

Approximately 30 minutes into the operation, a large volume of naphtha sprayed out of the open pipe overhead (at the location of the first cut, approximately 104 feet up), spraying the workers and igniting after contacting the hot fractionator. The five men on the scaffolding had no means of escape and could not be rescued for 20 minutes due to the intensity of the resulting fire. Of the five workers, four were killed and one was severely injured.

On February 10, almost two weeks before the incident, operators had observed a naphtha leak in the piping that was the subject of the incident. Workers had located a pinhole leak in the naphtha piping 112 feet up; they closed a series of valves in an effort to eliminate the leaks. In the succeeding days, the naphtha leaks continued to occur. Shut-off valves malfunctioned and drain valves were clogged beyond use or repair. Ultrasound and X-ray tests showed the naphtha piping and the valves were severely corroded and needed to be replaced.

The naphtha piping and valves had corroded at an excessive rate because an upstream vessel known as a “crude oil desalter,” which removes salt, water, and solids from the oil feed, was being operated beyond its design limits. Tosco had routinely processed excessive volumes of crude oil with high water content, overtaxing the desalter. As a result, water and corrosive materials, like ammonium chloride, were carried over into the fractionator, where they deteriorated the piping and valves.