IL Workers Warned Others to Evac Before Blast 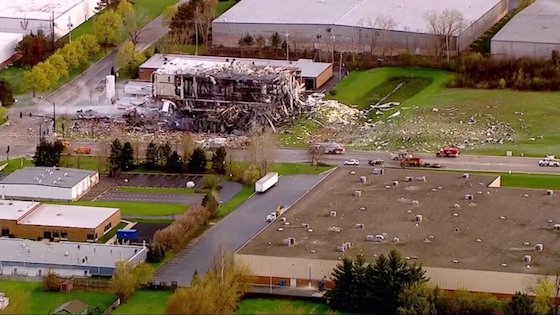 Three men working on products warned others to evacuate just before a massive explosion at an Illinois industrial plant claimed their lives, officials said.

Three people have so far been confirmed dead after the explosion Friday night at AB Specialty Silicones in Waukegan, about 40 miles north of Chicago. One other worker is missing and presumed dead.

One person died of their injuries in a hospital, two bodies have been recovered from the scene of the blast and one person is still missing, authorities said.

Some of the nine workers in the building when the explosion occurred alerted their colleagues beforehand, said Waukegan Fire Marshal Steven Lenzi.

“From the information we have, some of the plant personnel — especially those that are still missing — alerted others to the issues going on shortly before the incident. At this point we have determined they did help people get out of the building,” Lenzi said in a published report.

In addition, AB Specialty Silicones confirmed the men who did not escape had been actively making products at the time, CNN affiliate WLS reported.

Lenzi said all nine employees affected had been working at the plant Friday night. Three survivors had been treated in area hospitals with moderate to serious injuries, while two others were seen but requested no treatment.

The search for the one person still unaccounted resumed at 9 a.m. local Monday, Lenzi said.

No cause for the explosion has been determined yet. The fire chief told reporters the investigation into the incident was ongoing and plant personnel were still being interviewed.

“It is an accidental cause, we are not looking at any foul play,” Lenzi said.